A Message of Hope for Newtown Parents 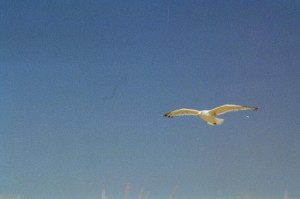 My mother always told me that life was never the same for her after she lost her first-born child. Like the tragedy in Newtown that took 20 precious children, at the hands of a gunman surely struggling with his own demons, there was no sense to be made of my sister’s death. We can rail at gun control laws that are failing us, at a mother who thought she had a need for assault weapons in her home, at a system that may have failed a troubled young man.

But, I want to offer a measure of hope for the families of the lost children.

My parents lost their 7-year-old daughter in a tragic accident many years ago. Though it was a different circumstance, a plane crashing into their home, it was also the loss of a child through sudden tragedy. A loss that brought an abrupt and cruel end to the hopes and dreams any parent has for their child. At six and seven, children are seeing the joy in their everyday life and re-teaching their parents to see it too. We take that journey back with them, and they show us what we forget to treasure. Images of my own son at that age have come back to me over the last few days in hearing about the Newtown massacre, and seeing the photos of the children. I remember how excited he was to be learning about the world, making new friends, finding his own voice. Losing him would have been the end of my world, as it seemed for my parents, and as it seems for the parents in Newtown right now.

But, I learned an invaluable lesson from my parents’ journey through their grief. Even though they had no professional guidance, and floundered with how to go on, they did find their way. They also had another child at the time, a two-year-old who was injured in the plane crash and fire, and they rallied to nurse her back to health. It may have been a mixed blessing that they had no time to dwell on their loss of their older daughter, though I know she never left their hearts for the rest of their lives. And, in many ways, she was with them always. Later, they had another child—me.

I’m not suggesting platitudes for the grief stricken parents that life goes on. I will say that I learned from my parents’ story that we sometimes expect too much of ourselves when tragedy strikes. That ‘normal’ may have a new definition. That grieving has it’s own timetable for every individual, and we each need to give each other permission to grieve in our own way.

My mother struggled with her new reality, I know, for a very long time. But, eventually she smiled. She laughed with her husband and her children again. And, though my parents grieved in very different ways, they found each other again and were able to build new family memories.

Prayers that parents in Newtown find their way home.